Plant a tree in memory of Roy
An environmentally-friendly option 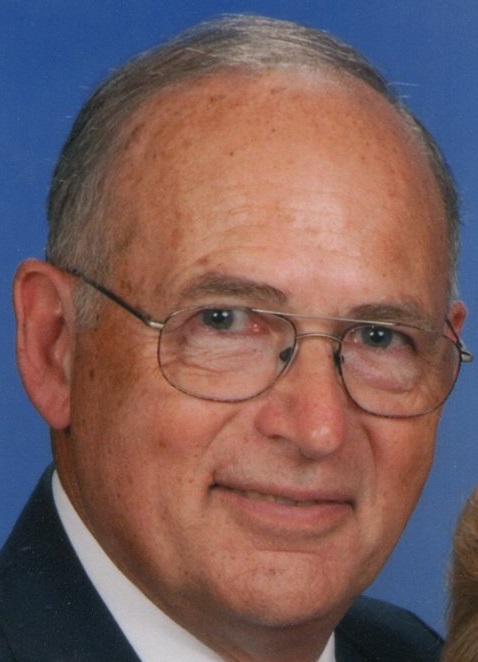 Roy Earl Myers, 77 years old, passed away unexpectedly on Thursday, March 11, 2021. He was known as Roy in his professional life and Earl to his friends and family.

He was born on May 28, 1943 to Roy A. and Hazel V. (Beck) Myers, grew up on their farm in Gilpin Township, and graduated from Leechburg High School in 1961. He went on to obtain a bachelors degree in mathematics from Indiana University of Pennsylvania, masters degree from the University of Utah, and doctorate from the University of Pittsburgh. Roy spent most of his career at the Penn State New Kensington campus where he taught math and was a respected leader, mentor and colleague. His scholarship and research activities focused on microcomputer graphics as an instructional tool. During the time of the early development of microcomputers, he contributed to advances in educational applications by writing two books on computer graphics. He also coauthored three other computer-related books and published two computer-generated films, six educational software packages and numerous scholarly articles. He served as acting director of academic affairs from 1977-78 and as acting CEO from 1992-95. He retired from Penn State New Kensington as emeritus professor of mathematics after 30 years of teaching, research and service.

Earl was the loving husband of Linda for 56 years. At their home in Gilpin, he enjoyed gardening, stone working, and walking in the woods. Earl was an avid reader and he and Linda loved to travel together. Earl especially enjoyed visiting the National Parks.  He was a member of the First United Methodist Church of Leechburg. Earl and Linda recently moved to Latrobe, PA, where they were settling in to a smaller home, enjoying the mountain views, and walking in the neighborhood and local parks

In addition to his parents, he was preceded in death by his daughter, Alice Birch. He is survived by his wife Linda, son Glenn Myers (Kristin), daughter Karen Harris, son Neal Myers (Karen), sisters Jean Woods and Judy Fedosik (Richard), brother David Myers (Sharon), grandchildren Samuel, Ava, Keegan, Molly and Jason and nine nieces and nephews. He loved his family and will be greatly missed.

Private interment will be made at Forks Zion Ev. Lutheran Church Cemetery.

Donations in his name may be made to The Penn State New Kensington campus COMETS program (a middle school STEM outreach program) at https://bit.ly/3eFXi0L (Select Other and type in COMETS); or the Childhood Apraxia of Speech Organization of Northern America (www.apraxia-kids.org).

Plant a tree in memory of Roy by clicking here.
To send flowers to Roy's family, please visit our floral store.

Plant a tree in memory of Roy
An environmentally-friendly option

Plant a tree in memory of Roy

1 tree planted in memory of Roy

So sorry to learn of the passing of Roy Myers. He was a true professional and a person of the highest integrity. We were colleagues for many years at Penn State and when issues developed , we turned to Roy for his reasoned advice. Rest In God’s Peace

Linda, Mike and I send our sympathies to you and your family. May the happy memories be a comfort to you now and in the days to come. Thinking and praying for you . Pat and Mike Gerheim

Roy was a co-worker at New Ken in the 70s and early 80s. He was kind to students, a memorable faculty leader and a skilled teacher. The first personal computer I ever saw was at his desk. I thought of him often this past year, when all of us spent so much time sitting in front of our laptops. I'm sure he'll be greatly missed.

As a young man I was fortunate enough to attend bible study classes with Earl at Forks Church and he helped me to see that educated reason and faith could indeed coexist together and I still carry that with me to this day. He raised a great family and my heartfelt condolences go out to them.

Roy was a very intelligent nice man. My deepest sympathies to you all during this difficult time.
Chrissy Heinle

Plant a tree in memory of Roy